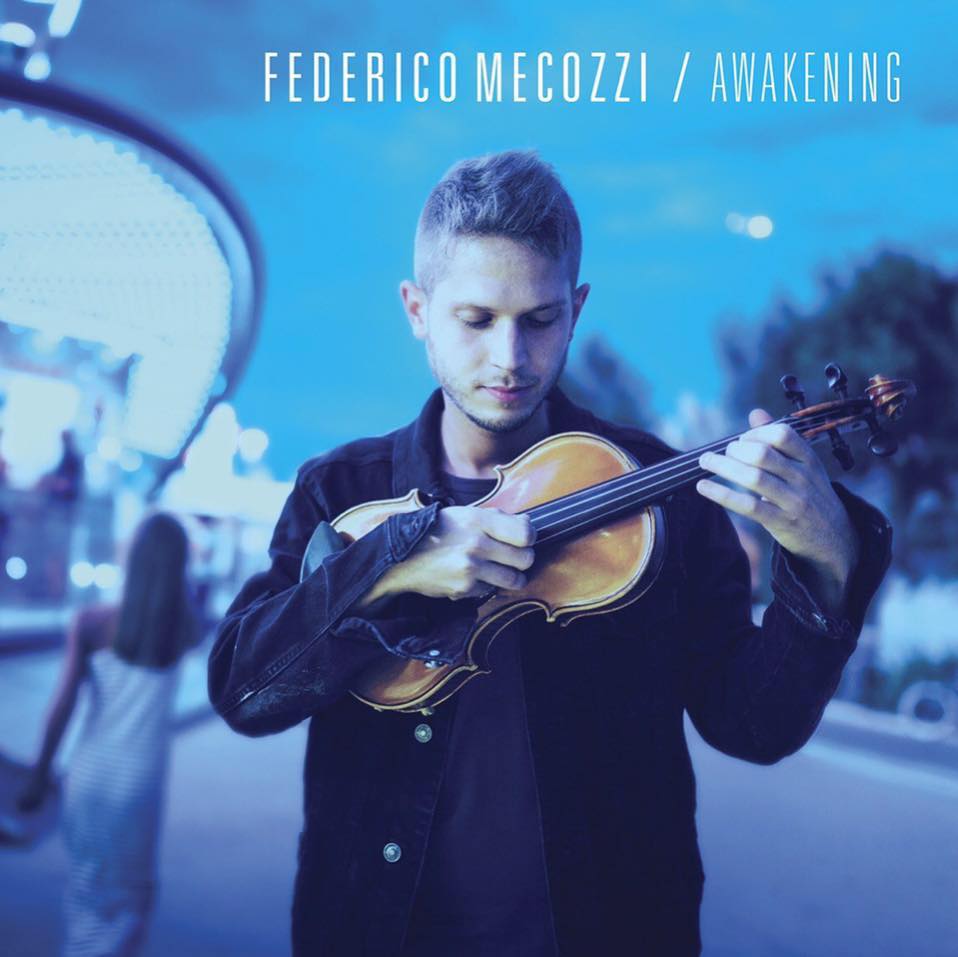 ‘Awakening’ is the debut album as soloist and composer by Federico Mecozzi, 26-year-old violinist and multi-instrumentalist (at Ludovico Einaudi’s side for nine years). The album -produced by Cristian Bonato (Numeri Recording)- is a sound journey which contains and synthesizes all the experiences, the tastes and the contaminations experimented by the author during years of music activity, collaborations and travels. The awakening is also very personal: with this record, Federico means to express his inner artistic personality, through a language crossing sonority from pop, world music, classical music and electronics.

Anticipated by the single ‘Birthday’, the album was presented on the 26th and 27th of January at the Teatro Galli in Rimini, the artist’s hometown, with two sold-out concerts. Hereafter the next shows (the calendar is constantly updated): 2nd March at Suoneria Settimo in Turin, 4th March at Santeria Social Club in Milan, 5th March at Bravo Caffé in Bolgna, 6th March at Largo Venue in Rome.

Moreover, Federico Mecozzi will be the youngest orchestra conductor in the next edition of the Italian song festival of Sanremo, and one of the youngest ever. He will conduct on the stage of the Teatro Ariston for the songwriter Enrico Nigiotti, with his song “Nonno Hollywood”.

“Taking part in Sanremo Festival as arranger and conductor will be an unforgettable experience for me, like an impressive immersion in the history of Italian music. It was a great satisfaction to receive such a proposal, especially by an artist like Enrico Nigiotti, that I have appreciated from his beginning.”

“Awakening is meant to represent an awakening in different places and times, which are far but close. It’s also a bit my subjective idea of music, with no borders, no categories, no labels. Every piece represents a moment, or a place, o more moments or different places in the same time: they are stories, exactly like songs sung by the voice, that mean to invite the listeners to journey, by the mind but also with the body, through rhythms now wide now animated.”